IT4Sale is founded in Den Bosch in February 2003 by Dennis Pelger and Gerard Verveer. In July 2004 the company grew out of their first location, after which they moved to a bigger building at the IABC in Breda. This was a significantly bigger building with a warehouse of 500 square metres. This was the home of IT4Sale for six years. Later on IT4Sale vacated the premises in Breda to further expand in the adjacent city of Etten-Leur. 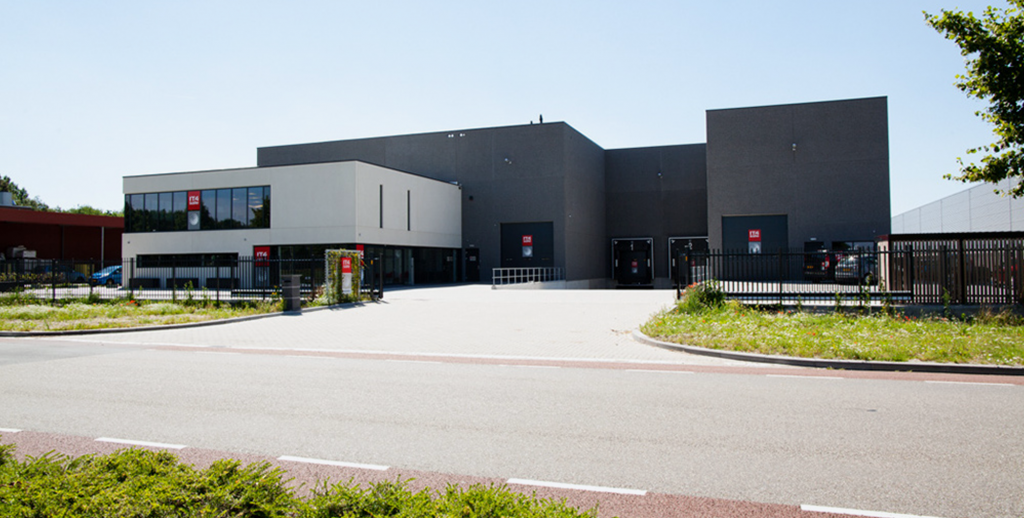 In October 2011 the company moved to the location in which they are still housed today. The new building in Etten-Leur exceeding six times the size of the warehouse in Breda, providing IT4Sale with a beautiful opportunity to grow and develop further. IT4Sale has designed and constructed the Etten-Leur warehouse with de focus on durability. The construction, exterial walls and the roof are made of concrete. Which is known for it’s accumulative capabilities, ensuring that the building is cool in the summer and making it easy to maintain temperatures in the cold winter months. This results in a favorable influence on the working environment and causes our installations to use less energy and function optimally. Furthermore IT4Sale has chosen to install a subfloor heating as well as TL8-armatures and LED-lighting. These are all controlled by movement- and proximity sensors to optimise energy saving methods.

Haven't found what you're looking for? We would love to help you!
Find part
Contact us

You can find out more about which cookies we are using or switch them off in settings.

This website uses cookies so that we can provide you with the best user experience possible. Cookie information is stored in your browser and performs functions such as recognising you when you return to our website and helping our team to understand which sections of the website you find most interesting and useful.

Strictly Necessary Cookie should be enabled at all times so that we can save your preferences for cookie settings.

If you disable this cookie, we will not be able to save your preferences. This means that every time you visit this website you will need to enable or disable cookies again.